Don and Vikki interacted in their roles as administrators and they were both key players in the planning of the 2001 Leadership Conference scheduled to be held in Chicago. Unfortunately, the conference had to be cancelled just weeks prior due to the 9/11 attack on our country.

In April 2006 Don’s wife, Janice, was diagnosed with renal failure and she had to go on dialysis. Janice was in need of a kidney and while many were tested, no one proved to be a match. Don was desperate to find a donor for his wife and he sent an e-mail to the Pioneer Leadership and many of his Pioneer friends asking if anyone knew of a possible donor and the type of blood that was needed. Although Don and Vikki had not kept in close contact after they retired, she answered the call by responding, “I have O type blood and am as healthy as a horse. Can I be tested in Vegas?”

The transplant process began. Vikki had most of her required donor testing done in Las Vegas and the tests were coordinated by the UIC transplant staff. Prior to surgery, Janice and Vikki had to have some tests done together so Vikki flew into Chicago a few days early. When she arrived at the Spindler home she handed Janice a beautifully wrapped gift. When Janice opened the package it was a dark unrecognizable image in a modern glass frame. It was an x-ray photograph of Vikki’s kidneys and she said to Janice, “the one on the left is yours!” Janice said, “I still can’t believe it. We are almost strangers and you have given me a second chance at life.”

The transplant surgery was performed on 1/23/2007 at the University of Illinois at Chicago and both ladies came through the surgery well. At the time Don said, “I can’t say enough about Vikki and her unselfish act of donating one of her kidneys to Janice. This is a prime example of Pioneers helping Pioneers.”

Janice was much more than a Pioneer Spouse. She was a travel agent and used this expertise to plan many Pioneer functions and events as well as assisting Pioneers with travel arrangements. She loved to volunteer and gave 100% to the Pioneers! Sadly, Janice Spindler passed away on 12/12/2007 and she is deeply missed. 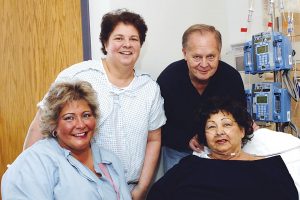 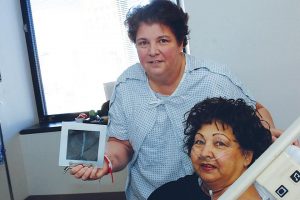 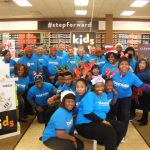 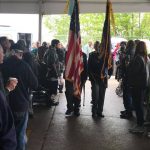