The Pioneers legacy is a long and inspiring one! Established in 1911 with just 734 members; Alexander Graham Bell held the #1 Membership Card. This is a picture of the first Convention that was held in Boston, Massachusetts on November 2nd and 3rd. In the beginning, friendship and fellowship were what it was all about. Industry people recalling the facts, traditions and memories of the early history of the telephone. But those who wrote the original Pioneers purpose were forward thinking in adding that it would encourage “such other meritorious objects consistent with the foregoing as may be desirable.” That became what would make the Pioneers different from other industry groups.

One of the “meritorious objects” translated into community service. Chapters, Councils and Clubs began their own initiatives, mostly working with children’s groups. By 1958, community service was established as the Pioneers’ New Tradition. Today, the organization is the World’s largest group of industry-specific employees and retirees dedicated to community service. 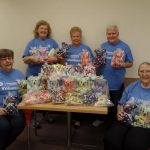 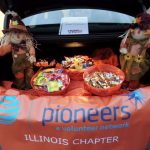